In this tutorial, we will build a simple search engine using Elasticsearch, Next.js, and TailwindCSS.

I want to build a search engine with React-based application and frankly window-shopped a lot of JS frameworks, finally settling on Next.js.

Initially, I thought of using a CSS framework like Spectre. But then I want to give tailwindcss a shot. It turned out to be impressive, and I gained a new skill.

As a backend dev with a Java/GoLang background, someone who worked on EJB's 😃 it feels super cool to create beautiful user interfaces.

We will be using below git repo throughout the guide. It has numbered branches for you to follow. Names indicate the code/feature in that branch. Run npm install to install all dependencies, including Next.js.

Note: Nodejs and NPM need are prerequisites, you can install them from here. You can the version of nextjs installed with npx next -v.

NextJS is a framework built on top of ReactJS, another popular framework for writing Javascript-based web applications. To understand more about Next.js and its features, please refer to Next.js documentation. It is exhaustive and has excellent developer experience.

If you have checked out the package.json in the repo above, it comes with the dev dependency - tailwindcss. TailwindCSS is a utility-first CSS framework, which helps you to build responsive UI experiences.

In simple terms, you don't need to write a CSS classes or customize them. Instead you choose it from a set of pre-defined CSS classes from TailwindCSS. You might be wondering, how much Tailwindcss can be of your help, you can customize tailwindcss to adapt to your own brand. 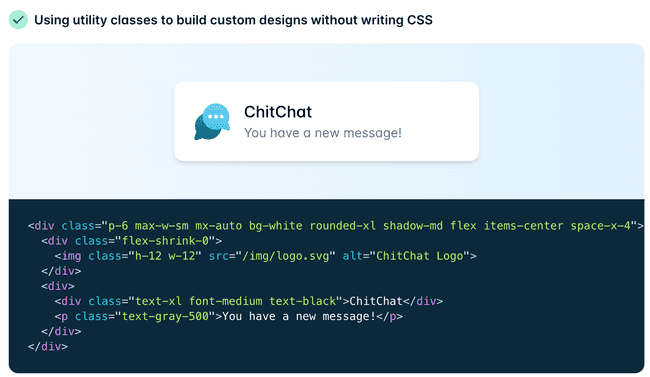 That being said, the framework is big and you would need the help of other libraries like postcss to remove those classes which are not used and generate a CSS file which is only used by your app.

I hope you are in the 1-initial branch of git repository. Do switch to below branch get started!

Run the below command to see the app at http://localhost:3000 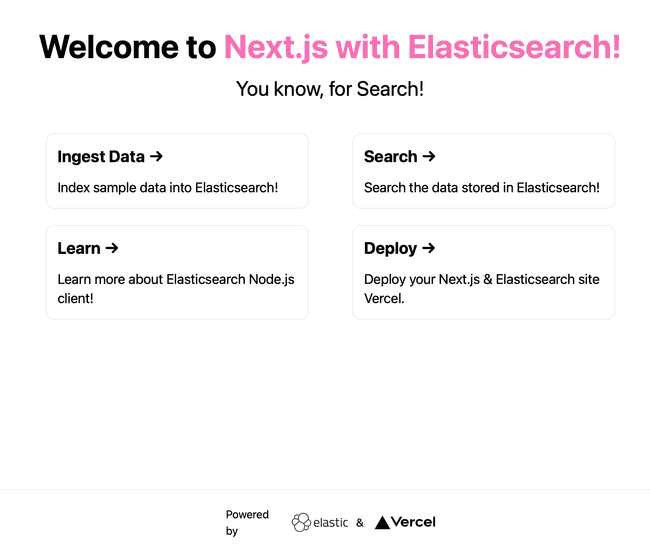 Creating and connecting to an Elasticsearch Cluster

To ingest data and search, we need to create an Elasticsearch cluster. You could download and run Elasticsearch directly as it is a free and open distributed search engine, analytics store.

We will be using Elastic Cloud here as a backend. First, create a free Elastic Cloud Account -> spin up Elastic Stack Deployment. For more information, refer to my guide with screenshots on account creation.

In the lib folder, I'm adding a file named elasticsearch.js which will import the necessary dependency.

You might think that Next.js is a frontend framework, but it can also work as a backend for your APIs. Let us test the connection using a sample API hello.js in the api folder.

Run the below command to query the API at http://localhost:3000/api/hello 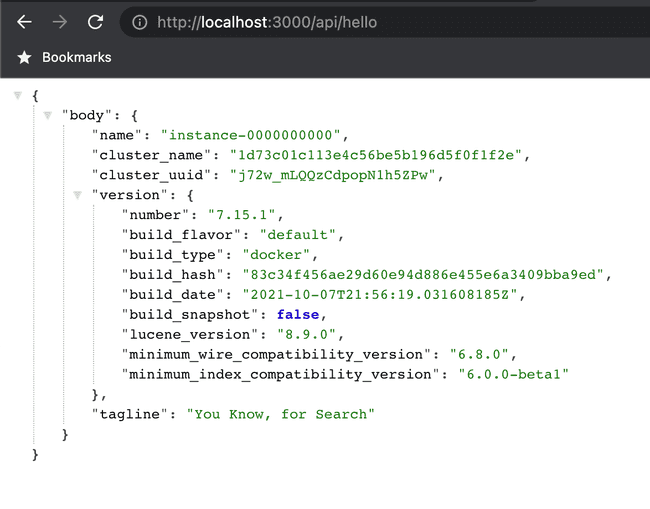 In this step, we will create an ingest page and a API route. But, first, let us switch to the 3-pages branch using the below command.

Notice that we have two new files, ingestData.js and search.js under the api folder and ingest.js file directly under the pages folder. It is so simple and easy to create pages and API routes on Next.js.

Now, if you run the npm run dev, you can see the page accessible at http://localhost:3000/ingest.

Hit that ingest button to ingest the sample data. We will be ingesting 5000 documents from a movie JSON dataset into Elasticsearch using the _bulk API. We are calling ingestData API in the app to trigger the below code.

Note: movies.json is already available in the checked-out repo.

In the final step, we will create a search box that takes our query and searches across the movie dataset.

Let us take a look at the search API through which we will query the data.

Switch to the below branch to see the final codebase, where we have a search.js page with a search bar UI to search across all the movies. 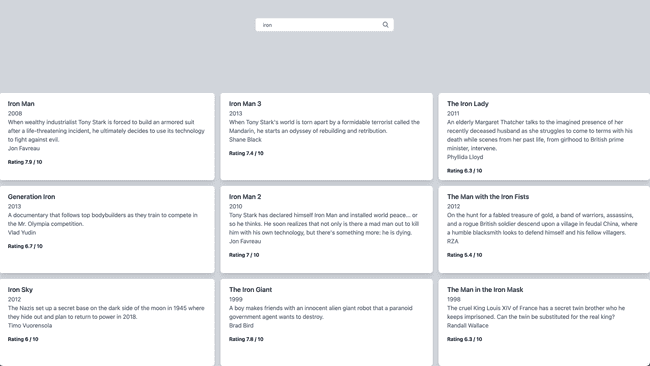 It felt so simple for me to kick start an app in Next.js, use tailwindCSS, connect to Elasticsearch and finally begin searching. It can easily be deployed on to any cloud platform service like App Engine or App Service.

We could extend this further by adding detail pages to each search result, adding application performance monitoring for tracking the app performance.

Do feel free to contribute to the above repo or ask questions in the comments below!